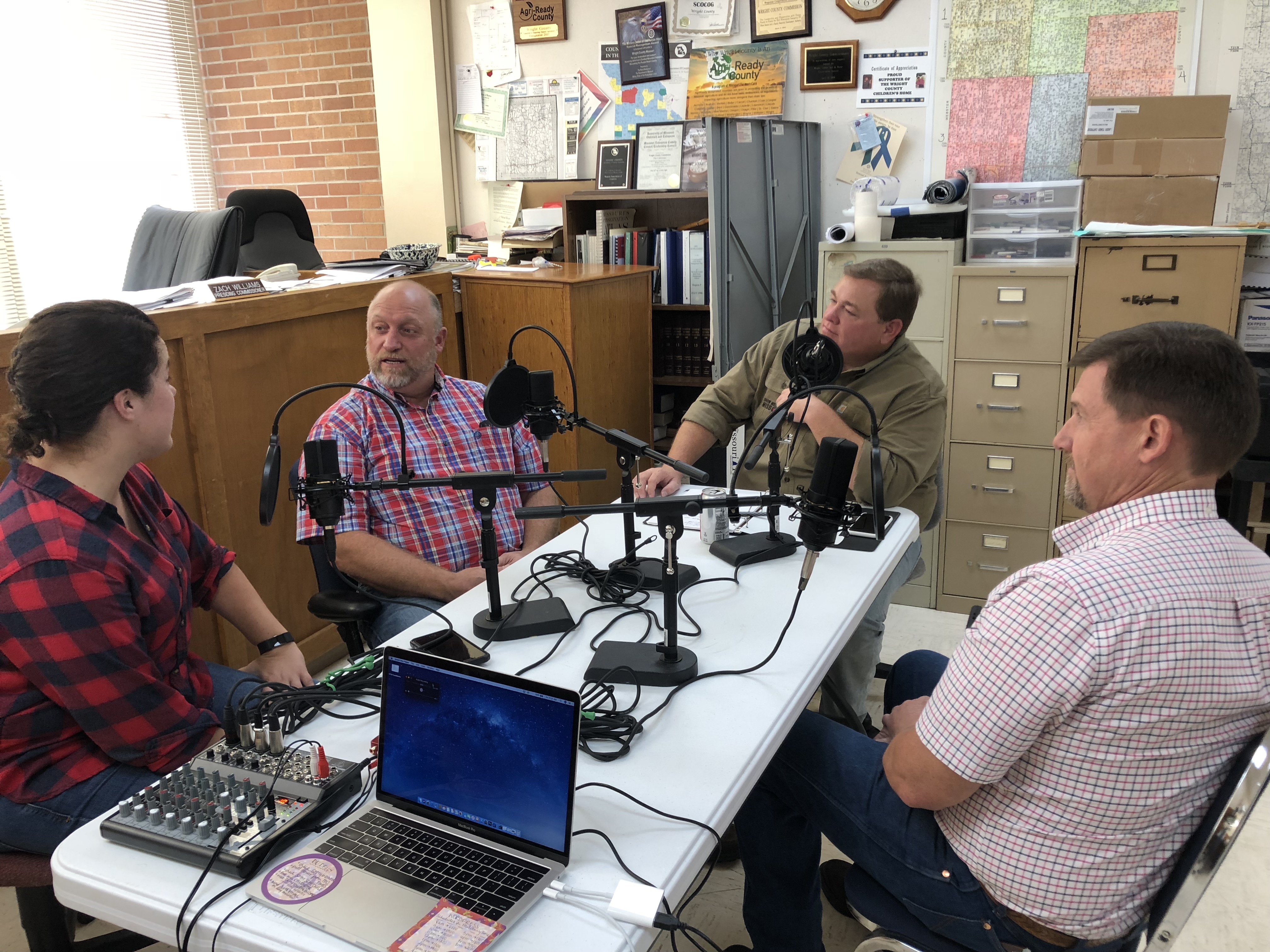 On this week of Show Me Missourah, we traveled to Wright County.

Our host, Scott Faughn, was joined by Wright County Presiding Commissioner Zack Williams, Wright County Farm Bureau President Stan Coday and Representative Hannah Kelly. They sat down at the Wright County Courthouse to talk about the history and culture of Wright County.

Presiding Commissioner Williams’ family came to Wright County in 1973 when his dad read the book, “Four Even Seasons”. After reading the book, Williams said that his dad told his mom they needed to move from New York to Missouri. The first piece of land that Williams’ parents saw in Mountain Grove they purchased and it is still the family farm today.

Farm Bureau President Stan Coday said that his Coday ancestors were in Wright County in 1835 before the county was formed. The Coday’s still have the farm that their ancestors made as their homestead when they first settled in the area.

Rep. Hannah Kelly is a 5th generation Missourian. Kelly currently holds the position that her grandpa, Garnett Kelly held. “There is a long history of public service in my family,” said Kelly.

Wright County is located in the southern part of Missouri, about 100 miles south of Jefferson City. Most of the county is located in the Mark Twain National Forest. The Gasconade River runs through the county, providing many recreational opportunities. As of the 2010 census, the population was 18,815. The county seat resides in Hartville and its largest city is Mountain Grove.

The county was organized on Jan. 29, 1841 and named after former Congressman, U.S. Senator and Governor of New York, Silas Wright. It was formed from part of Pulaski County.

There is no evidence that Native Americans ever settled in Wright County, but Delawares, Shawnees and Piankashaws did travel through the area. It is believed that early white settlers came to the county around 1836 and were from Texas County.

Wright County has been hit by numerous storms throughout the years. In April of 1880, a tornado went through Southwest Missouri, hitting the county. In April of 1885, a flood occurred and drowned a man, James Woods, and his son. Then in May of 1888, another tornado hit and soon after a hailstorm left hail about 4 inches deep and drifts about 8 inches high.

Agricultural in Wright County is predominantly dairy. Historically, the county is #1 for dairy farms in the state of Missouri. However, while the county used to have 400 dairy farms, they had 76 at the beginning of the year and that number has continued to decrease.

The age of the farming population is older and the work is a two times a day, seven days a week workload. Coday also noted that the labor market has decreased tremendously even though there is an increase in the consumption of dairy.

During the time of the Civil War, Wright County was the battlefield for the Battle of Hartville. The battle was fought over the course of three days as part of John S. Marmaduke’s first expedition to Missouri. The Unions and Confederates clashed until the Confederates withdrew.

One of the field trips that the schools in the county partake in, is going to the Laura Ingalls Wilder Museum. Be sure to listen to the episode to hear about what an impact the field trip had and continues to have on the students.

Politically speaking, Wright County is controlled by the Republican Party. All elected positions in the county are held by a Republican member.

Our guests said that when anyone comes down to visit Wright County they need to visit Baker Creek Heirloom, the Amish restaurant, Norwood, for catfish Friday and they need to get out and talk to the folks of the county.

“You don’t know what a place is like until you talk to the residents,” said Coday.

While in Wright County we visited the Laura Ingalls Wilder Museum, had lunch at LJD’s Family Cafe and tried samples of chocolate at Rosewood Farms.