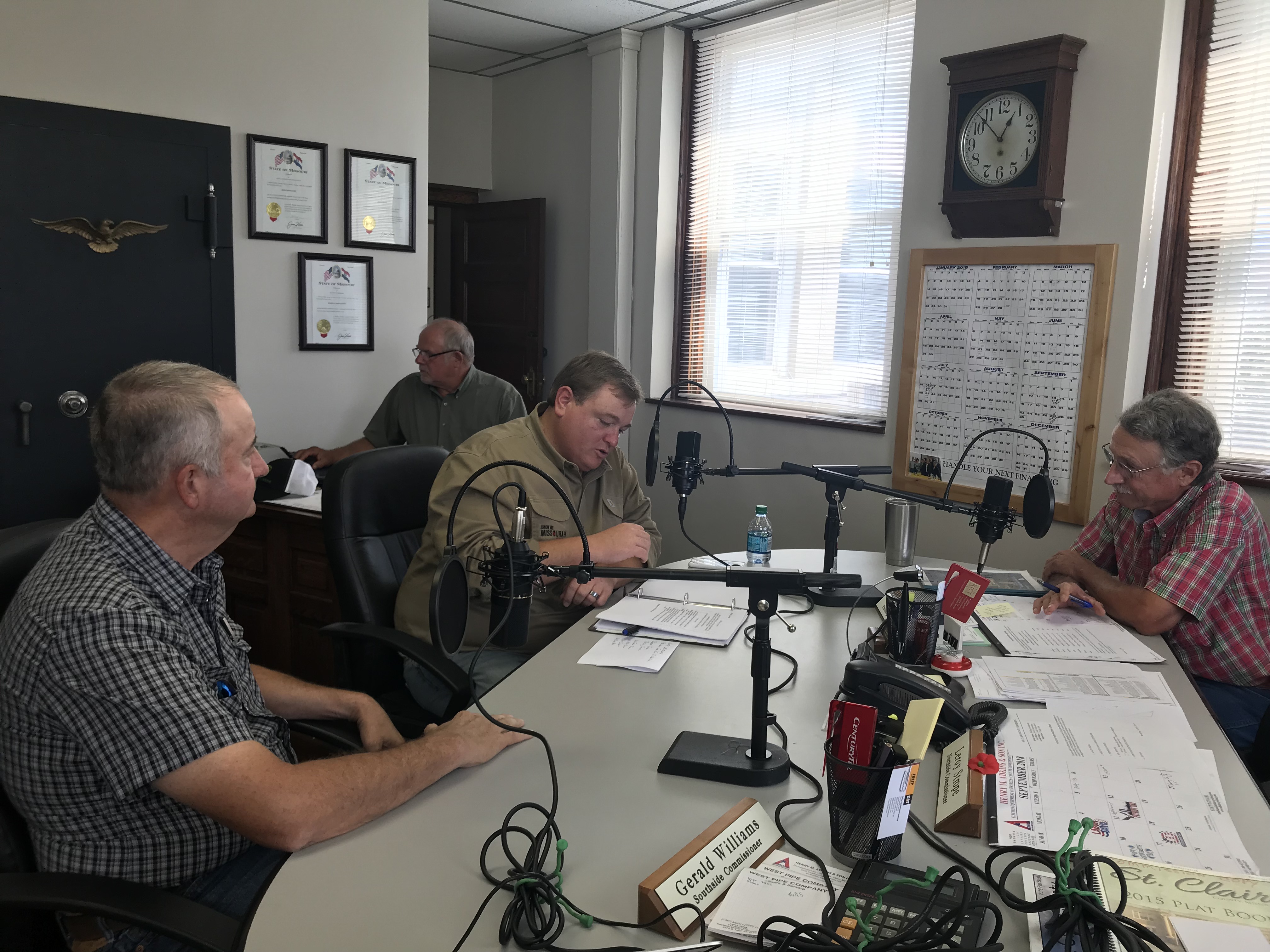 This week, Show Me Missourah traveled to Osceola, the county seat of St. Clair County, as we continue to tell the history of Missouri one county at a time.

Garry Noakes was born and raised in St. Clair County with many, many generations before him. He still owns the home farm, near Lowry City, that has been in the family for centuries. Noakes has also taught agriculture for 25 years in the county.

Robert Salmon’s family established their home and farm in 1982 about three miles south of Osceola. His grandparents had been in St. Clair County since the early 50’s.

St. Clair County is located in the western portion of the state, south of the Missouri River. According to the 2010 census, the population of the county was 9,805. The county’s seat is in Osceola and the largest city is Appleton City.

The county was organized on Jan. 29, 1841 as the 79th county and is named for General Arthur St. Clair, who was the last President of the Articles of Confederation. General St. Clair led an army at the Battle of Wabash in Nov. of 1791, it was the biggest American loss to the Native Americans, also known as St. Clair’s Defeat.

During the Civil War, St. Clair County sympathized with the Confederates because most of them had settled from the south and that’s where their loyalties laid.

Be sure to listen to the full episode and hear about what the Pro-Union Kansas Jayhawkers did in the “Sacking of Osceola” which was led by U.S. Senator James (Jim) Lane from Kansas.

Clint Eastwood’s movie, “The Outlaw Josey Wales” was based on a story from the evacuation of the Civil War in Osceola. The movie made $32 million with a $4 million budget.

In 1871, Lowry City was founded with the motto: “Where the Ozarks meet the Plains” because the land constantly changes in some areas around Lowry City. This contributes to the agricultural diversity within the county.

Some notable people from Osceola are Former U.S. Senator, Waldo Porter Johnson and an actress who holds sentiment in many Americans’ hearts.

Former U.S. Senator Waldo Porter Johnson practiced law in Osceola. He is also the one who coined the phrase, “I’m from Missouri, you’ve got to show me.” Johnson was expelled from the Senate for empathizing with the Confederacy. After being expelled, he joined the Confederate Army and then joined their Senate. He is remembered today as being a very strong advocate for St. Clair County.

Listen to the podcast to hear about St. Clair’s ties to “It’s a Wonderful Life.”

The first, “early” St. Clair County Courthouse was destroyed during the Civil War when the Kansas Jayhawkers. The current courthouse was built in 1916. The building was constructed in pieces because the county couldn’t afford to build the whole thing.

In 1976, Truman Lake started when the Truman Dam in Warsaw was built. The government purchased a lot of the land which then prohibited public use from the citizens.

St. Clair County hosts great hunting and fishing lands. During the fall, Osceola has a corn maze and harvest celebration. Osceola is also the home of Osceola Cheese, which is located off of Highway 13. Leading businesses in the county are locally-owned, small businesses and farms.