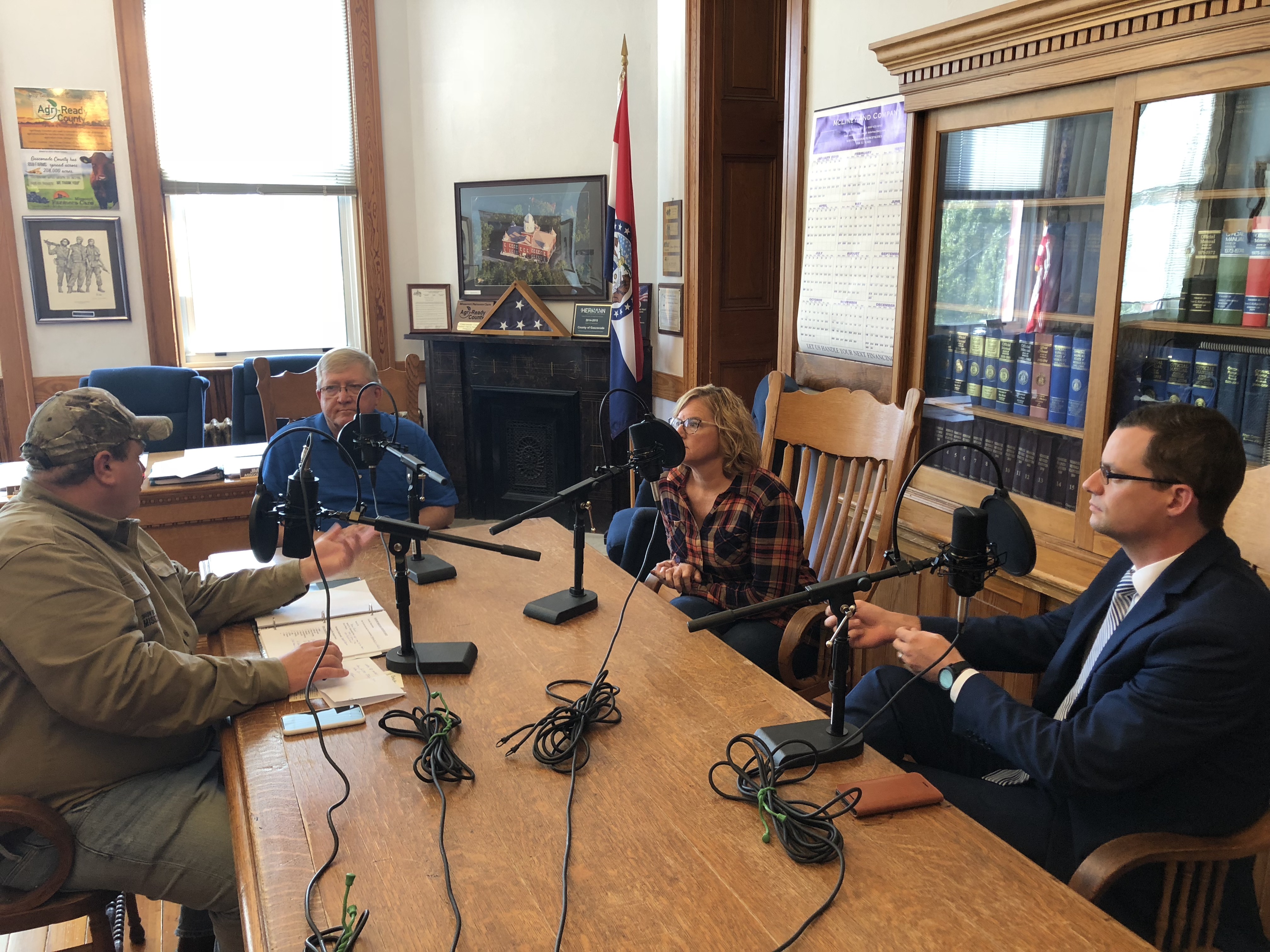 On this week of Show Me Missourah we traveled to Hermann, Missouri, the county seat of Gasconade County.

Miskel’s family has been in Hermann for 17 years. They moved from the St. Louis area to open up a bed and breakfast, Stone Haus, in the area.

Estes is originally from Jackson County, Missouri. She moved to Gasconade County about 25 years ago where her husband’s family is from. Her father-in-law’s family homesteaded in the area in the early 1800’s. Estes and her husband live near her in-laws raising cattle and bailing hay.

Alferman’s wife student taught at the Hermann Middle School where she was asked to stay and has been since. Alferman said Hermann was a great rural distance from Jefferson City where he traveled for work.

Gasconade County is located in the central-eastern part of Missouri. According to the 2010 census, the population was 15,222. The county is located on the south side of the Missouri River.

Gasconade County was organized on Nov. 25, 1820 out of Franklin County as the 26th county in the state. It is named for the Gasconade River. The name comes from its French-speaking settlers who came from the Gascony region. While its seat is in Hermann, its largest city is Owensville.

Be sure to listen to the full podcast and hear the debate about where the Gasconade County Seat should have been located.

The courthouse that is in Hermann today is believed to be the only courthouse in the state of Missouri that was paid for entirely by private funds when it was built.

Listen to the full podcast to hear about a man from St. Louis who built a mill and held off the Indians to get his family back into Hermann.

During the Civil War, the southern part of Gasconade County was said to be more sympathetic to the Confederate Soldiers, but many young men from Hermann joined the Union Army. General Price had Bushwhackers come through Hermann on their way to Jefferson City. Listen to the full podcast to hear how the older soldiers stalled General Price with one cannon.

A common topic discussed by Gasconade County residents is prohibition. Around 1920, a rule was made that people could make wine for themselves, but they couldn’t sell it. Residents then decided that they would make the wine for themselves and have a few friends over to enjoy it with them. Union people came and poured out the wine, cut down the grapevines and decimated Hermann.

Learn about the full debate on the fight of prohibition in Gasconade County by listening to the full podcast.

Agriculture in Gasconade County, even from the beginning, is really focused on vineyards and cattle. Although it is not just about the grapevines, it’s also about the local businesses and culture. Hermann today is still primarily focused on grapes.

Be sure to listen to the podcast and learn about the county rivalry between the Bearcats (Hermann) and the Dutchmen (Owensville) and how the communities are like-minded in focusing on what is going on with the kids, providing activities for them and giving them a strong, rural education.

Politically speaking, Gasconade County is controlled by the Republican Party at the local level. All offices are held by a Republican member except for one.

Gasconade is unofficially categorized as the Bed and Breakfast capital of Missouri. Tourism has really helped the industry of bed and breakfasts that can be found all over Hermann.

When visiting Gasconade County, our guests said you should visit the antique shops in Rosebud and eat a piece of carrot cake or pecan pie from Cline’s, which made the Top 10 List on places to eat in the state. If in Hermann, guests should park their car and take a walk through downtown to really see the buildings and German heritage that is still very vibrant in the town.

While in Gasconade County we stopped to have lunch at Hermann Wurst Haus and got a drink at the Concert Hall and Barrel Tavern.