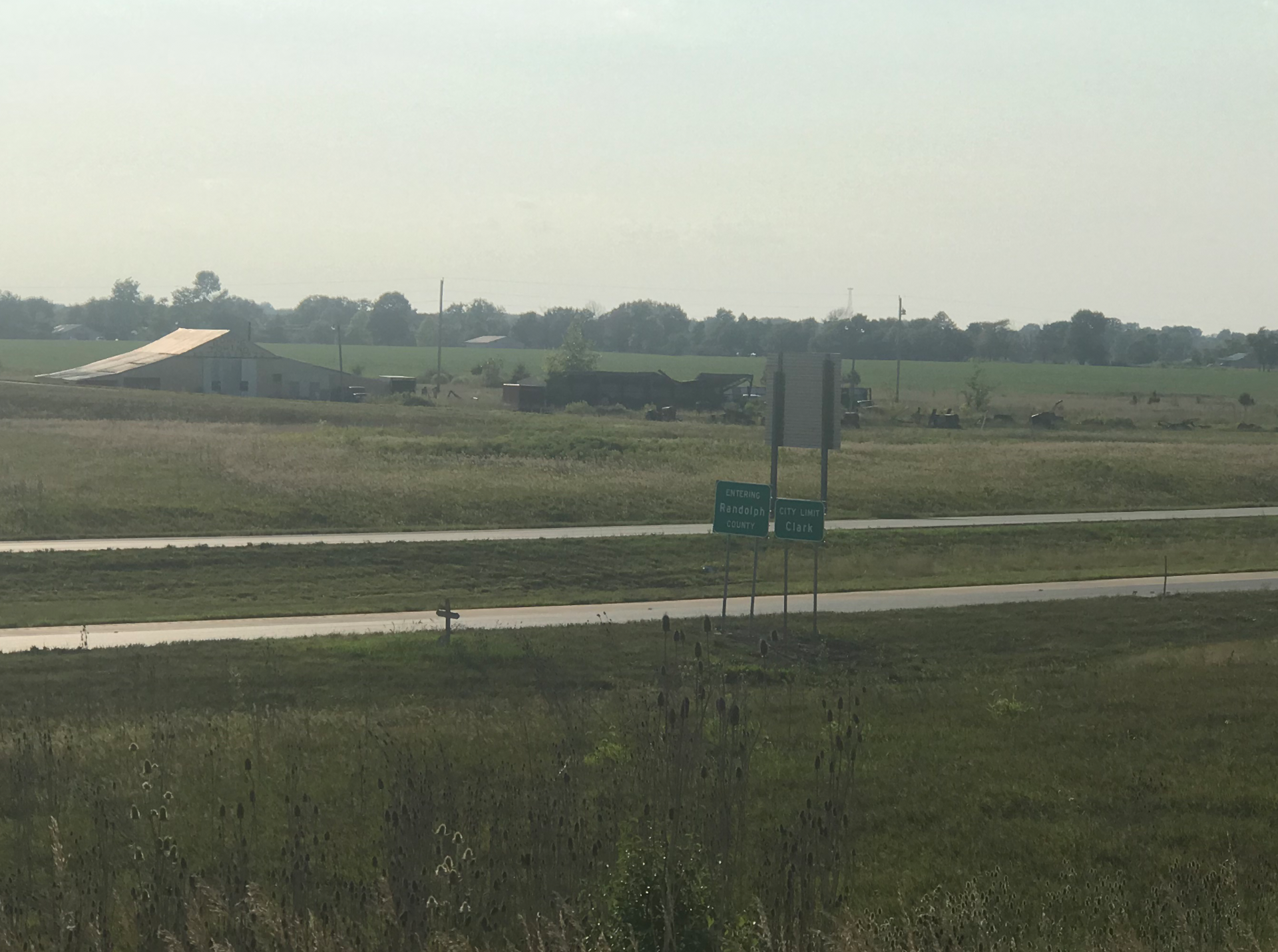 This week on our show Show Me Missourah Podcast, we traveled to Randolph County.

Randolph County is located about five miles east from Highway 63 on north Highway 24. According to the 2010 census, the population was 25, 414. The county is located on the north side of the Missouri River and its county seat resides in Huntsville.

The county was organized on Jan. 22, 1829 and named for U.S. Representative and Senator John Randolph of Roanoke of Virginia.

The last of nine 5-star generals of the American military, Omar Bradley, named Randolph County as his home.

Randolph County was primarily settled by migrants from the upper southern states, like Kentucky and Tennessee. Upon settling, they brought slaves and slaveholding traditions and began to cultivate crops similarly to the crops in middle Tennessee and Kentucky: hemp and tobacco. These cultures and traditions made the area become known as Little Dixie.

Soon after Randolph County was organized, Huntsville was established as its county seat in 1831. Huntsville was named after its first settler, a Kentuckian, Daniel Hunt, who is said to have settled between 1820 and 1821.

Hunt was followed by three other men, also from Kentucky, William Goggin, Gideon Wright, and Henry Winburn. They all donated 50 acres to the town, giving 12 1/2 acres each, which formed a square, the dome of the court house being the center.

Randolph County Courthouse is on its fourth courthouse building. The first building was built in 1831 and completely destroyed between 1858 and 1859. The second building built soon after the first caught on fire in 1882. And the third building was completed in 1884 with a second fire in July of 1955.

The current courthouse stands in the same location has the original court building.

One of the biggest crimes known in Randolph County is the Hade Brown story, a murder that occurred in the late 1860s. Hade Brown was born in Cairo, Randolph County, Missouri. He was known to have an ungovernable temper which as often directed at wife, Susan A. Parrish Brown.

Susan endured whippings and shameful treatments for quite sometime before she left her home and begged her parents for sympathies and shelter. Brown, angry that his wife had left and her parents had aided her, stopped Dr. Parish on his journey of returning home. The two spoke, and Brown fired one barrel, hitting his victim.

He quickly fled from the scene, witnessed by several men who were at Mr. Bennett’s harvesting, and made his way to the Parrish’s home. He came face to face with Mrs. Parrish, threatened her, leveled his gun, and shot her in the face.

Brown was on the run until 1878 when he as arrested in Rochester, Minnesota and taken to Huntsville jail. Susan visited Brown in his cell, their conversation still unknown.

After kissing her husband goodbye, Susan went back home to her family. She talked to her family about the devotion and love that she had for her husband, Hade Brown. That night, Susan shot herself and left a note requesting that she be buried with her husband in the same grave and coffin. At the jail, Brown took a package of morphine that his wife had presumably given him and cursed himself, telling the officers to kill him now. He did not die from the morphine, he was hanged on June 25, 1880.

The request to be buried together was complied with. The bodies of Brown and his wife were taken from Huntsville to Moberly. They were placed in one large coffin and arranged holding hands with the appearance that they were embracing each other. Truesdale told us when recounting the tale to us.

Truesdale, whose great-grandfather can be found in both the Monroe County and Randolph County history books, has considered Randolph County home for generations along with most of the Truesdales. First starting in Alan Creek, just over the Randolph County line, and then later moving up to a town called Clark in the southeast border of the county line.

Wilcox, says that the history books refer to his family as following Daniel Boone and the Kentucky area. One of Wilcox’s ancestors married into the Boone family line. They started in the Glasgow area and moved up into the southwestern part of Randolph. Wilcox’s great-grandfather established himself in Reneke with stock, a bank, and a store. The farm that Wilcox currently lives on has been in his family since 1884.

Brit, whose family has been in the Randolph and Macon Counties for 5 generations. However most of their dealings were involved with the Chariton/Macon county areas. Chariton County, which Randolph split off from as well as Howard County.

Currently, Huntsville’s population is 1,564 according to the 2010 census. Huntsville is the home of the Westran Hornets and Lady Hornets of Westran High School (part of Westran R-1 District). Students are given the opportunity to participate in football, basketball, softball, track, golf, and cheerleading.

Huntsville’s Historical Society was chartered in 1973. The Society maintains a museum that opened in 1975 in downtown Huntsville on Main Street in the old Westlake Hardware store. The Society continues to collect and preserve historical information about Huntsville.

Randolph County still has ties to its nickname, Little Dixie, with its Little Dixie Regional Libraries.

Politically speaking, Randolph County leans more so Republican. Republicans hold all but three of the elected positions in the county.

While in Randolph County we stopped at Bubbas Burger Bar and Egg Emporium in Moberly, Randolph County’s biggest city with a population of 13, 974 as of the 2010 census. The food was great and the hospitality was wonderful. After lunch, we stopped for a cold Budweiser at The Wabash Bar and Grill.