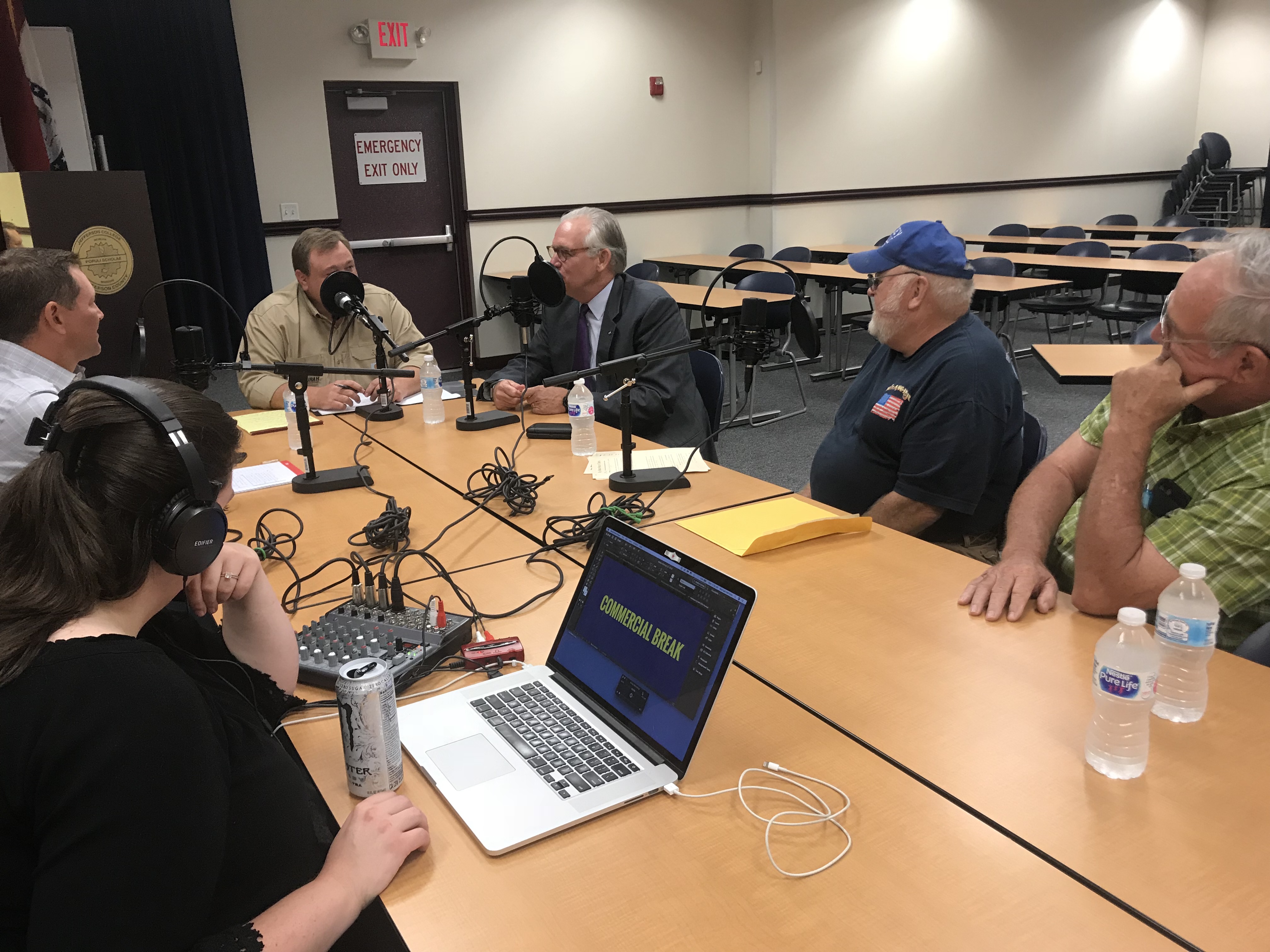 This week, we traveled to Jefferson County.

Jefferson County is located east of the Mississippi River, just 38 miles south of St. Louis. According to the 2010 census, the population was 218,733. Its county seat resides in Hillsboro.

The county was organized on Dec. 8, 1818, and named in honor of President Thomas Jefferson. Jefferson County was the first the county to invent the concept of water districts for its residents. During the Civil War, the newspaper stopped its publication.

Jefferson County has a lot to offer for its student residents. There are 10 public school districts in Jefferson County and 15 private schools, plus the Jefferson College, a two-year community college. The county also has five public libraries for their residents to enjoy.

Nixon, McKenna, and Husky talked a lot about the notable residents of Jefferson County. Congressman Dick Gephardt was redistricted into Jefferson County in the 80s. He walked up to doors and worked “his tail off,” said Nixon.

President Pro Temp Earl Blackwell wasn’t considered to be your usual pro temp. Instead of having portraits of former people in office, like his colleagues, Earl had pictures of his 8 plane wrecks hanging up on the walls. He was also the first person to fly a plane through the arch coming from Illinois.

Missouri’s 5th Governor Daniel Dunklin is buried at the Gov. Daniel Dunklin’s Grave State Historic Site in Herculaneum, Jefferson County, MO. It looks over the Mississippi River. Husky, Nixon, and McKenna all agreed what a beautiful site it really is to see. There is “death for miles,” Nixon said.

When talking about the county and its people, Nixon said, “Jefferson County forces you to be out in public, with the people.”

The three guests talked discussed the religious base that embeds Jefferson County. Both McKenna and Nixon agreed that while campaigning you never wanted to schedule things on a church night. McKenna noted that the Catholic church was the only place that you could drink and gamble on a Sunday.

Politically speaking, Jefferson County has leaned on the Democratic side holding all but two of the elected positions. In recent years, however, Republicans have made their mark holding five of the seven seats on the county council.

While in Jefferson County our host, Scott Faughn, stopped for lunch with Ryan McKenna.