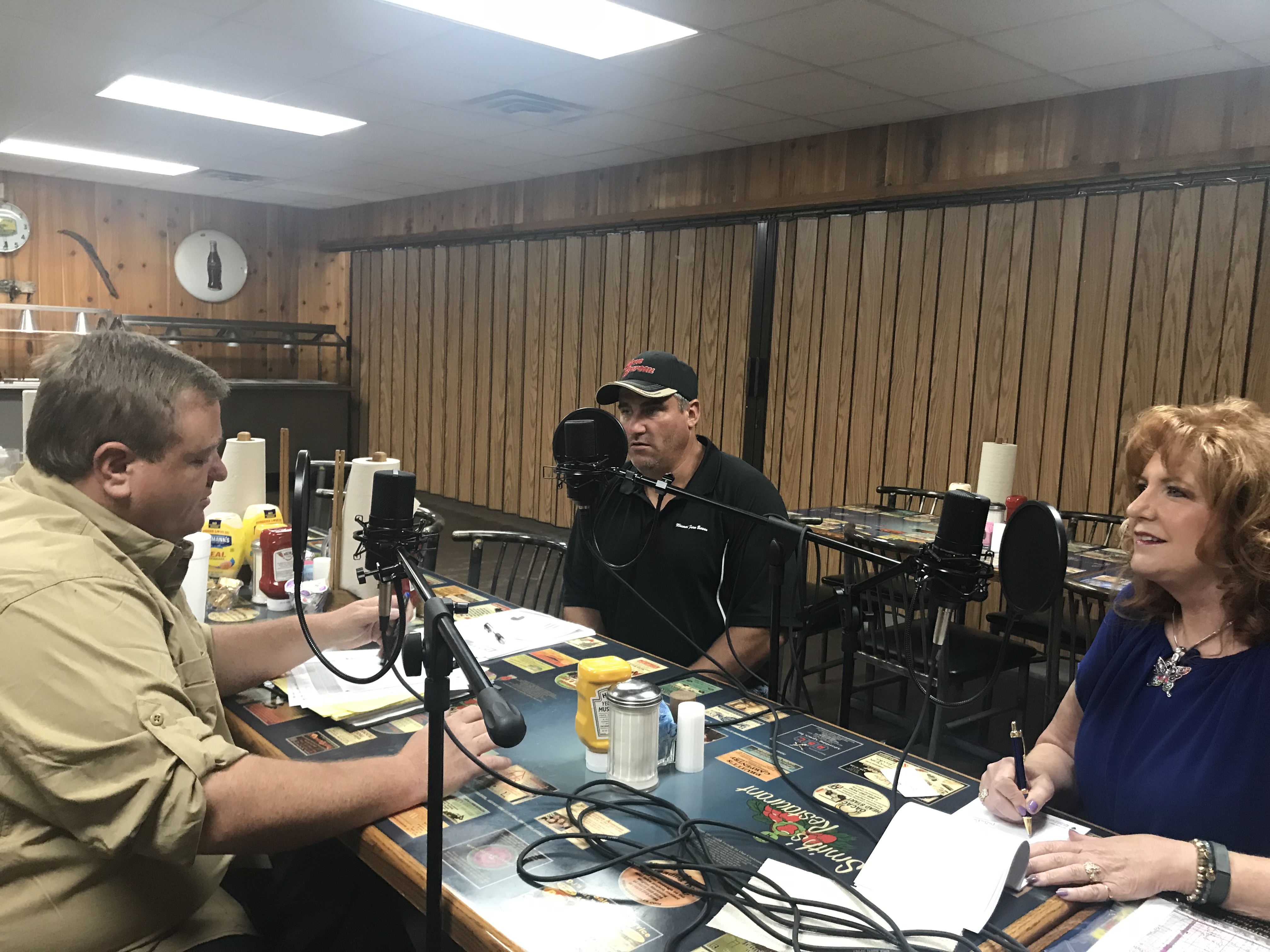 This week, Show Me Missourah traveled to Bolivar, the county seat of Polk County, as we continue telling the history of the state of Missouri one county at a time.

Host Scott Faughn sat down with some of the people who know Polk County best. Polk County Collector of Revenue Debbi Roberts-McGinnis joined the show alongside the President of the Polk County Farm Bureau Warren Drake at Smith’s Restaurant in Bolivar.

Polk County is located in southwestern Missouri immediately north of Greene County and is home to the current Governor of Missouri Mike Parson.

The county was founded by the state legislature on January 5, 1835, and, interestingly enough, it’s not named after President James K. Polk. Rather the county is named after the grandfather of the 11th President of the United States, Colonel Ezekiel Polk. As of the 2010 census, the population was 31,137.

The northern part of Greene County was ceded to form Polk County — though the original bounders have been reduced with the creation of Dade, Dallas, and Hickory counties.

The county’s namesake Ezekiel Polk, a colonel in the Revolutionary War, had three grandsons: John Polk Campbell and his brothers, William C. and Ezekiel, all of whom moved to Missouri and settled in an area — the Campbells still live in the area. The brothers submitted that the county be named after their grandfather.

The City of Bolivar got its name in a similar fashion. Polk lived in Bolivar, Tennessee, and the Missouri town was given the same name. A majority of the settlers were from Tennessee and actually named the Bolivar, Missouri after the town in Tennessee. However, since the town in Tennessee was named after Simon Bolivar the city is an indirect namesake of Simon Bolivar and there is a statute of him in the town.

The country of Venezuela actually honored the Missouri town with the statue of Bolivar in a little more than 70 years ago. On July 5, 1948, U.S. President Harry Truman and the President of Venezuela were in the City of Bolivar. While the population of Bolivar was only 3,500 at that time, nearly 50,000 people turned out for the momentous event.

The county held court for the first time in the home of Darrell Stockton on February 9, 1835. At that time they selected Earlwin Campbell as surveyor — his first task was to determine the county line between Polk and Greene counties. Two judges, Jeremiah Sloan and Richard Sage, were also selected. Joseph English was the first sheriff and William Henry was the first clerk. Since collecting taxes fell under the purview of the sheriff at that time, no collector of revenue was chosen.

Interestingly enough, there is no record of a conviction of first-degree murder in Polk County through 1900.

It seems that Polk County residents don’t favor debt. They built an entire jail debt free and the seems to be a recurring sentiment through the county’s history. The residents also rejected a bond seven times to expand the railroad.

Today Bolivar sits at the center of the fast-growing southwest Missouri, and his home to Southwest Baptist University and Duck Creek Technologies, while Polk County is getting back into the boat building business adding jobs back to the local economy.

Polk County is represented exclusively by Republicans led by Presiding Commissioner Shannon Hancock. As for power it is served by the Southwest Electric Cooperative ran by James Ashworth, while the Polk County Farm Bureau is led by Trent Drake who joined us for the show.

While we were in Bolivar we enjoyed the famous pork tenderloin at Smith’s restaurant, saw the statue of Simon Bolivar near downtown Bolvar. We also got to tour the historic courthouse and even had time to enjoy a Budweiser at Cut Ups.

Don’t miss Debbie McGinnis explaining why the property pronunciation of the state is MissourAH and not MissourEE. We will see you next week in Randolph County.