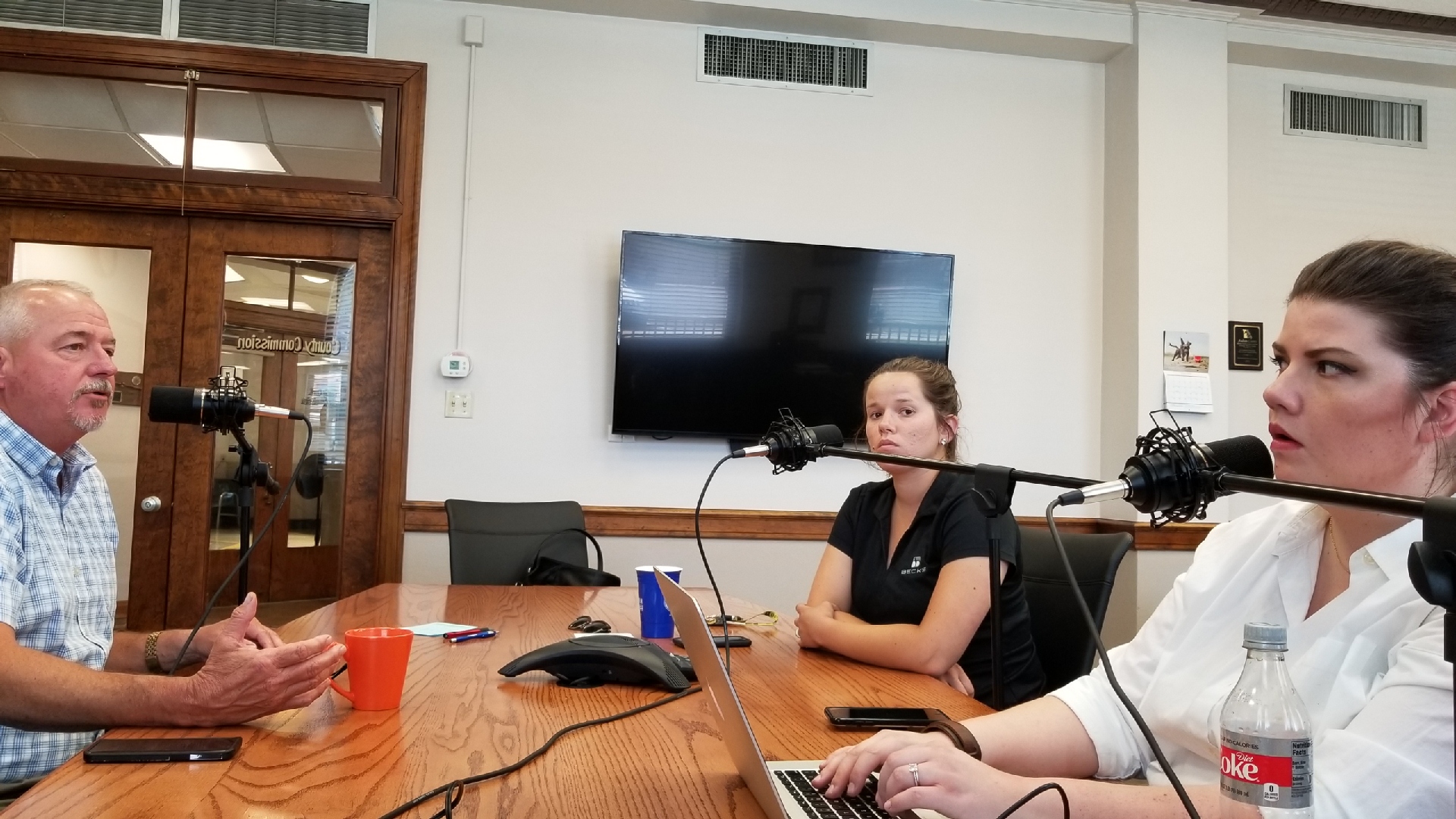 This week on the Show Me Missourah, the crew heads to Audrain County, where Presiding Commissioner Steve Hobbs and Missouri Farm Bureau’s Clarissa Cauthorn join this episode to talk about the history, economy, and events of Audrain County.

In a realm dominated by the agricultural world, the centrally-located Audrain County is known as the “Biodiesel Capital of Missouri”, and serves as a home to numerous farms and rural businesses, developing over the years into a leader in the rapidly-growing industry of biofuels.

Audrain County is located just north of Columbia and Boone County, and as of the 2010 census, the population was 26,096, with the county seat residing in Mexico.

The county was organized December of 1836, and named for Colonel James Hunter Audrain of the War of 1812 and who later was elected to the state legislature.

The city of Mexico, the oldest town in the county, was founded by two settlers, James H. Smith and the Reverend Robert C. Mansfield and then designated the county seat.

They named it Mexico due to the widespread excitement at the time over Texas’ fight for independence from the country of Mexico, figuring it would bring good luck and popularity to their new Missouri town. The first county court met in Mexico in February of 1837 and within two years, the first court house was built on the public square.

Most of the early settlers from the county came from Virginia, Kentucky and Tennessee, and chose to live near the woods and small streams, leaving the prairie in the eastern section of the county almost untouched. Most residents were farmers, which hasn’t changed too much today. The county saw little growth in its first 30 years or so, with a population of roughly 3,500 in 1850, but once the railroad was laid through the county, trade increased and fostered growth

During the Civil War, Audrain County residents were politically divided, with an estimated 600 men serving in the Union Army and around 500 with the Confederacy. No official battles took place although one skirmish did occur, and because of the railroad, Federal troops made Mexico their headquarters for most of the war. The occupying Union army ousted elected officials, enforced martial law, with curfew and street patrols, damaged buildings and furthered unrest throughout the county. Ulysses S. Grant, a colonel at the time, was among those assigned to the area for a short time early in the war.

The late 1800’s saw more growth and prosperity for the county, with more settlers, including a strong portion of Germans, moving to the area and establishing new townships. The importance of farming grew even more, and Audrain County was recognized as one of the state’s leading agricultural counties during this period with chief crops of corn and oats with livestock of horses, mules, hogs and sheep adding to the agricultural base.

But Audrain also became known as the “Fire Brick Center of the World.” A.P. Green and his Fire Brick Company, established in 1910, revolutionized the industry, and by 1937, the firebrick produced in Audrain County was being used in applications around the world. The Mexico Refractories Company and other smaller firebrick companies strengthened the county’s lead in this field. Audrain County refractories companies played a major role in World War II and later in the exploration of space with county products being utilized on launch pads. Over the years the industry continued to expand and diversify, remaining a vital part of the county’s economy.

The county did well during the Great Depression, and was the first county to open a county hospital in Missouri in 1920.

Over the years, Audrain County has produced a number of notable Missourians, including two Missouri governors: Charles H. Hardin (1875-77) and Christopher S. “Kit” Bond (1973-77 and 1981-85). Three Audrain County attorneys served on the Missouri Supreme Court: George B. MacFarlane, Ernest S. Gantt and Frank B. Hollingsworth. During World War II Admiral Samuel G. Fuqua was awarded the Congressional Medal of Honor for Heroism at Pearl Harbor. In the 1950s Walter G. Staley Jr. represented the United States in the Olympic Games. It also was home to Tom Bass, a former slave who became a famous horse trainer who trained the influential Saddlebred stallion Rex McDonald, as well as horses owned by Buffalo Bill Cody, Theodore Roosevelt, and Will Rogers.

Audrain County has a strong community tie, with several events being hosted in the county, including the Miss Missouri competition and the “Walk Back in Time” event, which features actors from various time periods.

When asked about where to get the best grub, Hobbs and Cauthorn said there’s a plenty of great local options, including several great spots for burgers, be it the sliders and dips at The 581, or a Kangaroo Burger at the Aussie Outback & Down Under.