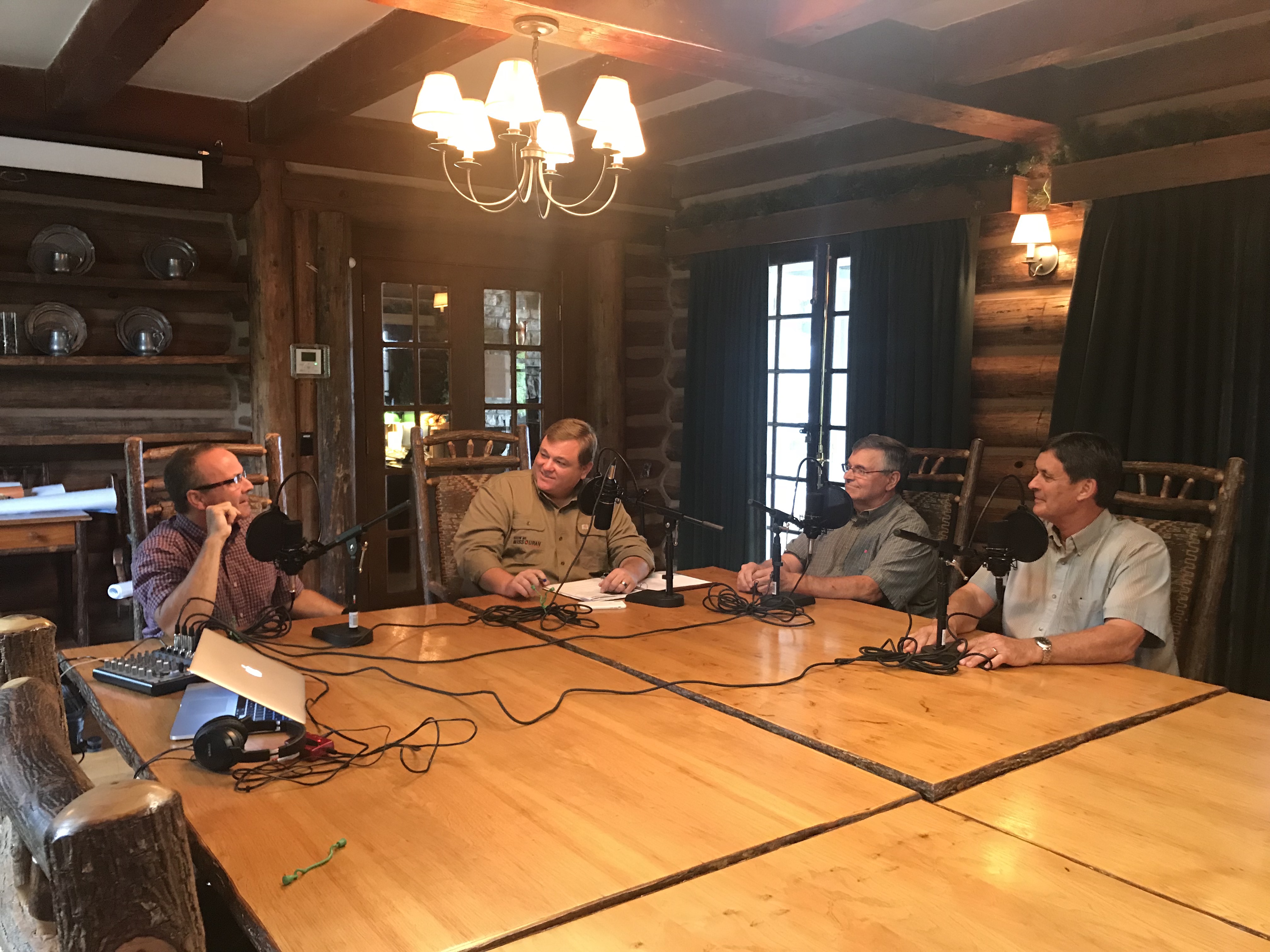 This week on Show Me Missourah, we traveled to Miller County.

Our host, Scott Faughn, sat down at Willmore Lodge with some people who could best share the history of the county. Miller County Presiding Commissioner Tom Wright and Farm Bureau President Don Steen were joined by Representative Rocky Miller

A lifelong resident of Miller County, Tom Wright has been Presiding Commissioner for 16 years. He is married and has four daughters and seven grandchildren; “grandpa” is a title he enjoys. He has always enjoyed Miller County and knew that that was where he wanted to stay.

Former Director of Agriculture and state representative, Don Steen also has the title of being a turkey farmer. His family has been in Miller County for generations, their homestead just south of the river. His father began farming in 1943, right where the golf course is now located, raising turkeys just like he does today.

Representative Rocky Miller is a 6th generation resident of Miller County on the Slone side of his family. “It’s nice that I have the same name as the county,” said Miller. While his family is unsure if they are part of the William and Boyd Miller line, the Miller last name is an important namesake.

Miller County is located right on 54 Highway. According to the 2010 census, the population was 24,748. Its county seat is in Tuscumbia and its largest city is Eldon.

The county was organized Feb. 6, 1837, and is the 61st county. It is named after John Miller, former U.S. Representative and Governor of Missouri. Miller County was part of Cole County from 1820 to 1837.

The was no lake when the county was first formed. However, there was an abundance of land for hunting grounds. The Osage Indians populated most of the area until about 1815 when the first white settlers traveled to the area. In 1821, William and Boyd Miller came to the land. Their Spring Garden Prairie was located in the northeast and they were the first permanent settlers of the territory

Politically speaking, Miller County is controlled by the Republican Party, with every elected position being held by a Republican member. They were Republican before Republican was cool, having a long history of Republican representation.

Before leaving Miller County, we stopped at Red Oak Inn in Tuscumbia for a Budweiser.