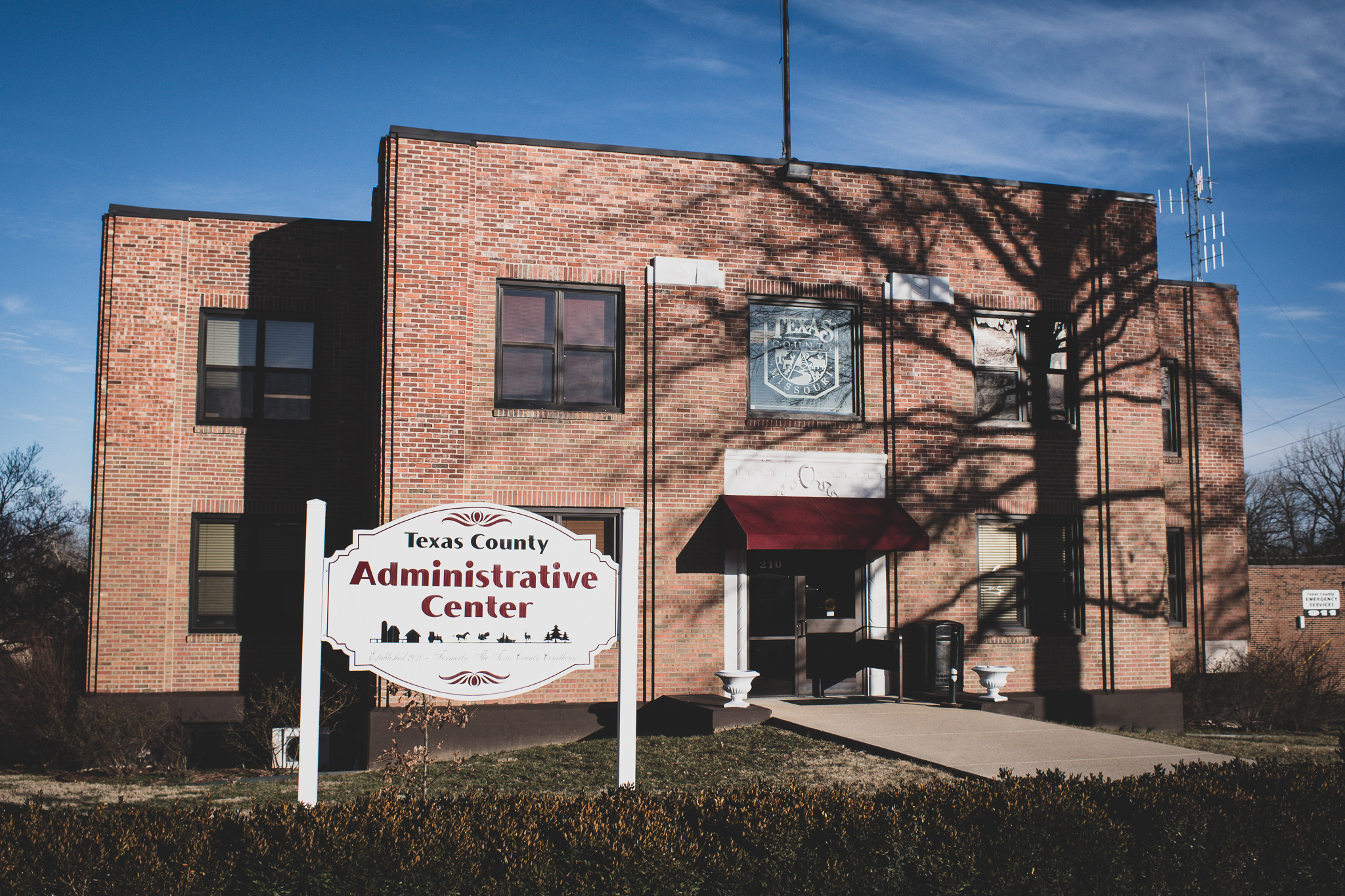 This week, we traveled to Houston, Mo., the county seat of Texas County.

Our host, Scott Faughn, was joined by Associate Commissioner and MAC Board Member John Casey and Representative Robert Ross to help continue telling the history of Missouri one county at a time.

Texas County was organized on February 14, 1845, after changing its name from Ashley County (which was established January 29, 1841, and named for the first Lt. Gov. of Missouri William H. Ashley). Its population was 26,008, according to the 2010 census. It is the largest county in the state.

Be sure to listen to the podcast hear about the hardship the county went through in establishing itself from Shannon County and determining the names of the county and seat. As well as the history of Lt. Gov. Ashley and the work that he did.

The county is located in the southern portion of Missouri and is named for the Republic of Texas. Its seat of justice was laid near the center of Brushy Creek and named Huston after the first president of Texas Republic. Its largest seat is Licking.

Casey grew up outside of Chicago, Il. After high school, he began working at a lightbulb company, then decided to travel around. Later, he married a woman from the lightbulb company and took her traveling. During their travels, they came across Texas County and really liked the area, so they bought a farm.

Ross was born and raised in Texas County. His mom was originally born in northern Missouri, her dad came to the Houston/Licking area for timber and walnut. His dad’s side lived right along the line of Shannon and Texas Counties, in the sawmill business. He has always loved the history and people of the area.

The historic county courthouse, which was built in 1932, was Texas County’s sixth or eighth courthouse, depending on records. It now serves as the County Administrative Center and underwent renovations in 1977 and 2007. Be sure to tune into the full podcast and hear Faugh and the guests discuss the story of the many courthouses.

Many Native American mounds have been found across the county, the area was also part of the 1808 Osage Native American land cession. In the 1820s, settlers from Virginia, Kentucky, Tennessee and the Carolinas came to Texas County by sawmills on the Big Piney River.

During the Civil War, Texas County experienced a lot of turmoil. The county predominately sympathized with the Confederates, however, the Union Army occupied the county’s courthouse as their headquarters.

The town of Houston was a primary route for traveling from the federal headquarters in Springfield to the headquarters in Rolla, leading to many skirmishes. Be sure to tune into the podcast to hear about the impacts. Houston was stormed by the Confederates, burning down the buildings.

When the first railroad came through, it was less of a process determining the property line and more so with the engineering and getting everything set up. With the railroad and then Hwy 60, the population of businesses and industries can be tracked moving south in the county.

Texas County is filled with rugged hills, springs, creeks, rivers and caves. The first settlers rafted timber along Big Piney River to St. Louis to establish a living. In terms of dairy farming, the county took a hard hit over the last few years. There are also many mills located in the county.

Intercounty Electric Coop serves Texas County. Be sure to tune into the podcast to hear about Ross’ experience with the coop and leadership and how the coop has worked to help the counties and cities as a whole over the years.

Politically speaking, Texas County is controlled by the Republican Party at the local level.

Some interesting people who were from or spent some time in Texas County include Josie Hamilton, who was tried for death but wasn’t hung successfully the first time; Kenneth Lay; former-U.S. Senator Claire McCaskill, whose history is deep in the county; former-Speaker of the House and Congressman Richard Ichord and Emmett Kelly, a clown also known as Weary Willie.

Be sure to tune into the full podcast to hear our host and guests discuss more on McCaskill’s history and ties to the area and Kelly’s work as well as how the county dedicated a park and celebrated with Clown Days the first week in May.

Our guests said that if you ever find yourself visiting Texas County, they would want to you to take time to go on a float trip, fish, see the Old Settlers Reunion at the fairgrounds, the creamery in Cabool, Jack’s Fork, the bluffs and rivers.

Before leaving Texas County, the crew checked out the new justice center, which was built in 2008, and grabbed a bite to eat at Brenda’s.