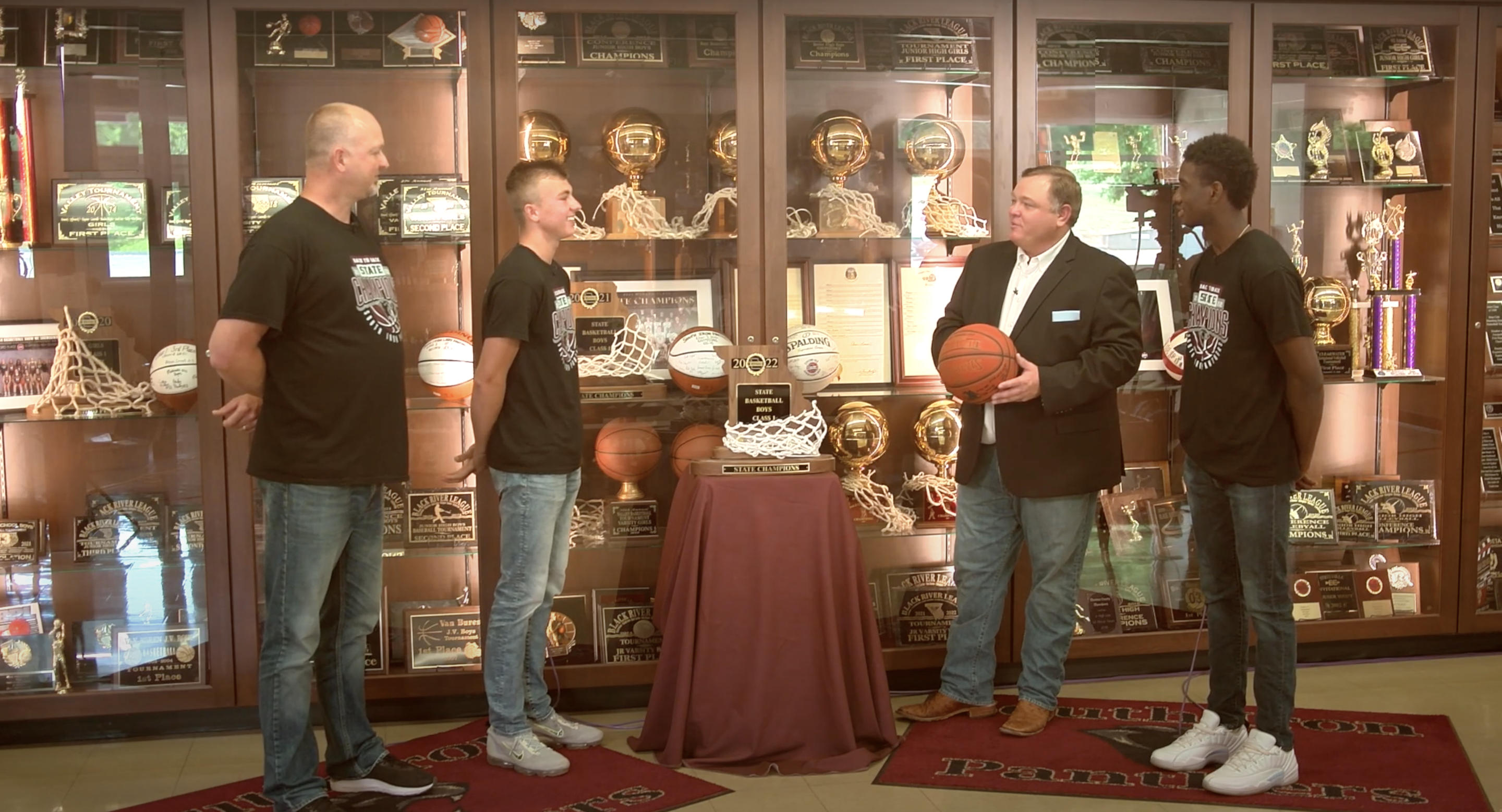 South Iron High school is located in the southern part of Iron County Missouri. Iron County itself resides in the Southeastern corner of the state, in the heart of the Lead Belt region of Missouri. Iron county is small by many standards, with only a population of 9,537. Annapolis is only a fraction of that, coming at 250. On the outside looking in, a population of a quarter thousand seems like it would be a challenge when it comes to making a successful sports program, but South Iron High School has proven that notion wrong.

After the 2022 season, the South Iron Panthers men’s basketball team are back to back state champs in boys class one basketball. Scott talks with two players on the team, seniors DJ Prater and Drenin Dinkins. Scott also talked to the coach of the team, Dusty Dinkins. Dinkins grew up in the area and went to high school there as well. Now he coaches the boys basketball, something he has been doing for just shy of 20 years.

Both players and coach Dinkins chronicle their long journey to the state championship. Coach Dinkins summarizes the games they played before they landed in the final. Their games varied, from hard fought victories from behind, to full on blowouts. The team traveled all across the southern swath of the state before ending their run in Springfield, where they played Stanberry High School. Drenin Dinkins reminisces on his performance in the final game, where he scored 29 points in the first half. Ultimately, the boys came out on top winning their second state title in two years.

Finally, Scott talked to Chris Dinkins, who represents South Iron and the surrounding area in the Missouri House of Representatives. Rep. Dinkins talked about the importance of school athletics to small rural communities like Annapolis. She told Scott that the sports are the “heart and soul” of these communities. Rep. Dinkins also talks about the parents in the community, who support their children’s athletics and their academics. Which are two things that are very important to the community.