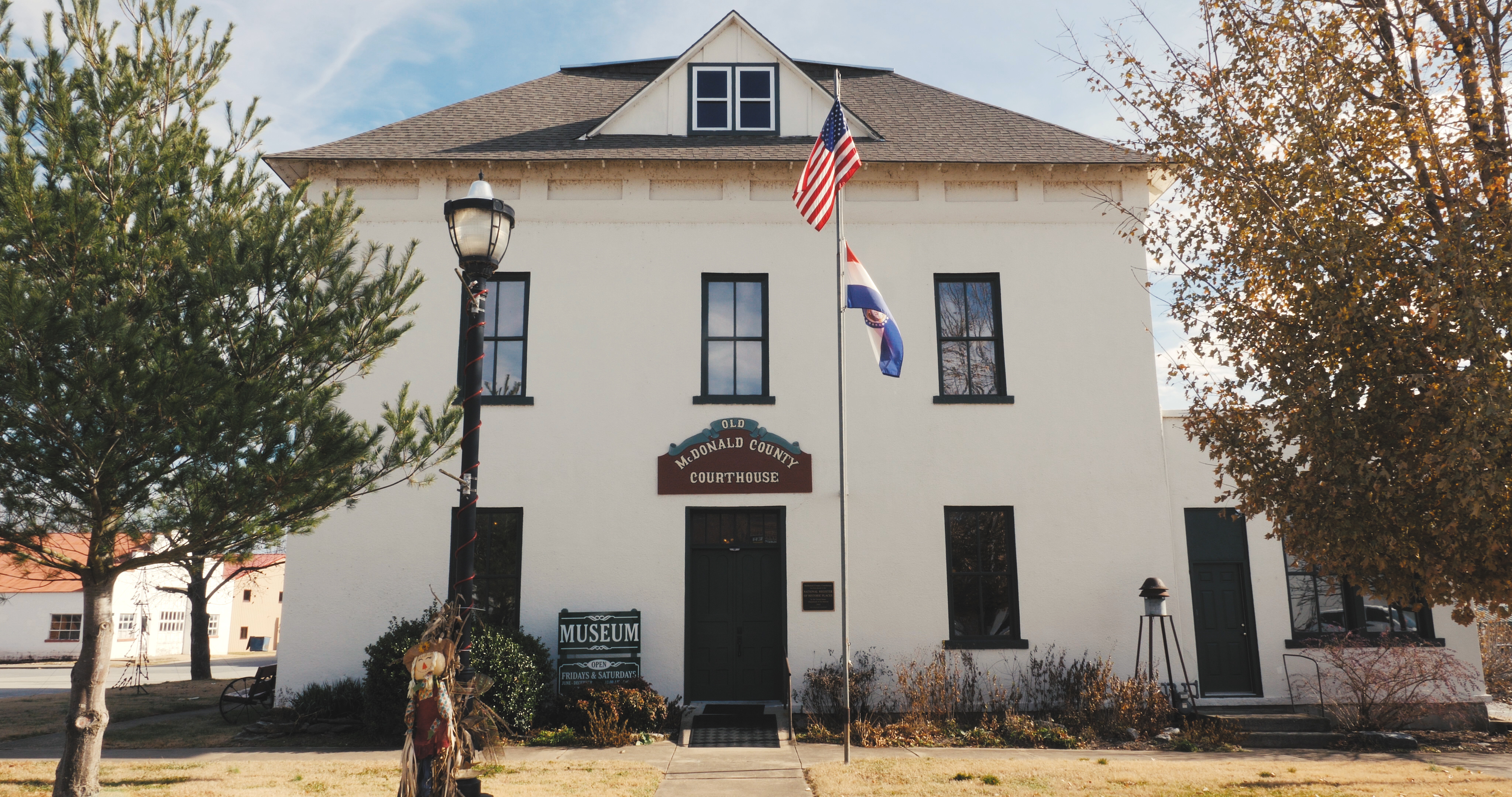 This week, the crew traveled to Old McDonald County Courthouse to talk with Eastern Commissioner John Bunch, current Representative and soon-to-be Presiding Commissioner Bill Lent and his wife Jane Lynch about the history and culture of the county.

The county was organized on Mar. 3, 1849 and is named for Sergeant Alexander McDonald, a soldier who fought in the American Revolutionary War. Its seat resides in Pineville and its largest city is Anderson.

Tune in to the podcast to hear about the story of an Osage Indian looking for a wife and how the river came to be called Elk River.

Europeans were the main settlers to the area. In 1827, Katie and Levi Miller came to the area, but when their son died they moved to California. John B. King also settled to McDonald County.

Commissioner Bunch comes from a long line of influential Bunch’s in McDonald County. He can trace his family line back to the Revolutionary War where Zachariah Bunch was granted land in Virginia.

Commissioner Lent’s family is originally from southern Illinois and Indiana. He chose to move to McDonald County because of the redistricting. He says it’s the best thing that could have happened to him.

Jane’s family is originally from Joplin, Mo. but was always familiar with McDonald County because of the camping, water, fishing and fun times. She referred to McDonald County as being a close-knit, caring community.

During the Civil War, McDonald County was actively Confederate. Slavery wasn’t a big issue for the area because of their farming lifestyle. However, the people didn’t want to get pushed around. There were also many battles that occurred in the county. Listen to the podcast to hear about the many battles and different views of the war.

The railroad was built up from Kansas City by an Indian by the name of Splitlog. He helped to bring in a lot of people and businesses to the area and is recognized in the McDonald County Museum.

When the county was first founded, there were prairies located in the northern area. The electricity brought more jobs further into the county and helped farmers to keep up with their dairy.

The Jesse James film starring Henry Fonda was filmed in McDonald County, right in the Old County Courthouse. Each year, the county puts on Jesse James Days every year in August, promoting what the film brought to the area. There is also a street named after Jesse James in the county.

McDonald County succeeded from the state In 1961 when the Transportation Department left the county off of the Tourist Map, which was very crucial to the area.

The county also has one public library, the McDonald County Library.

McDonald County is the home of the three sites that are listed on the National Register of Historic Places, including Old McDonald County Courthouse and the Powell Bridge.

Jane recommends to find funding and help within the community rather than relying on state funds when it comes to working on historical projects. Be sure to tune in to the podcast to hear how to do it.

Our guests recommend spending some time in the Old County Courthouse at the McDonald County Museum and going to Haven 55 Restaurant and Tavern for lunch or dinner if you are ever in the county.