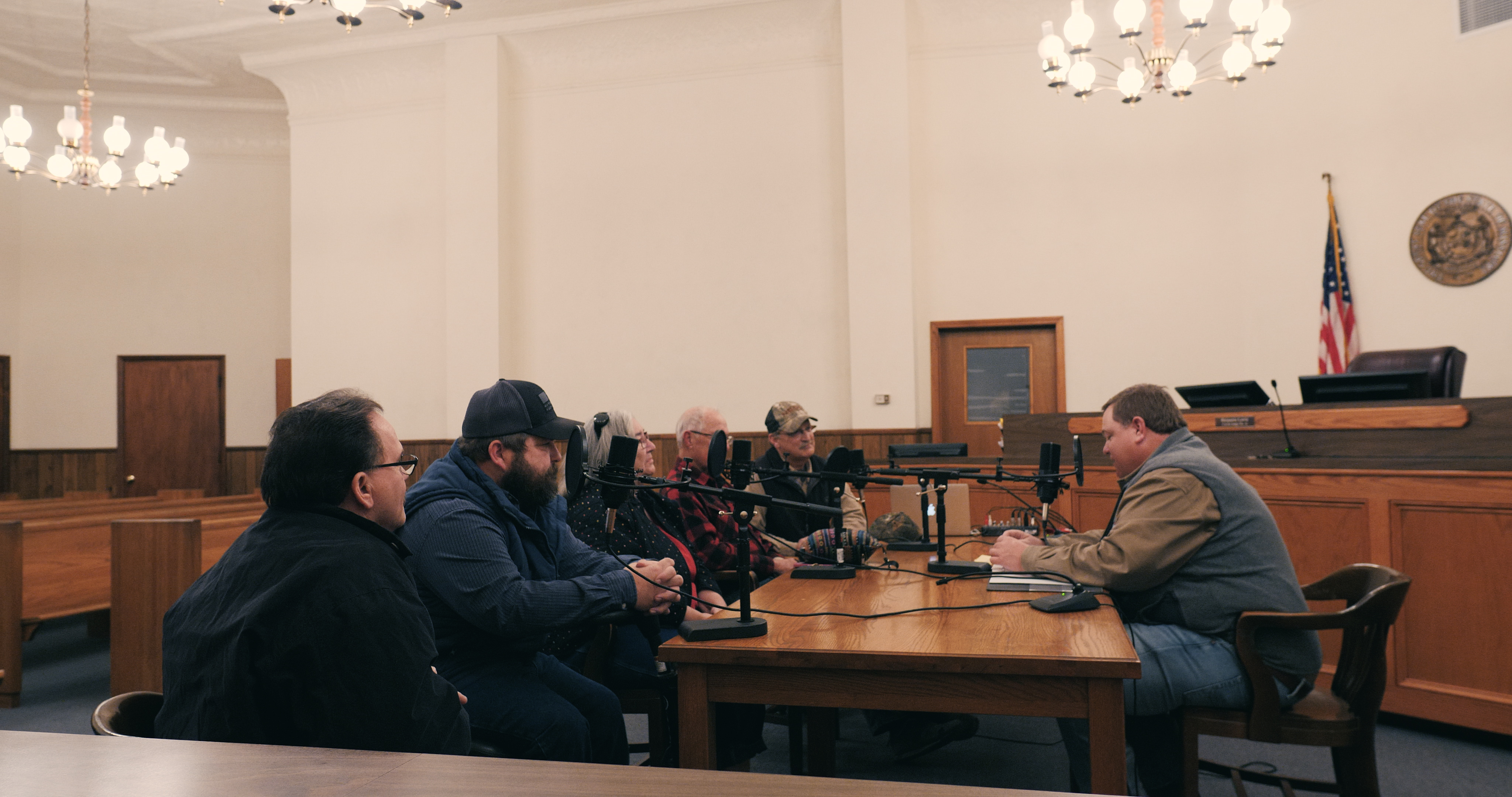 The crew traveled to Marble Hill this week, the county seat of Bollinger County.

Founded on March 1, 1851, Bollinger County is the 104th county and is named for George Frederick Bollinger, former president of the state Senate and the person who persuaded families to leave North Carolina in the fall of 1799 and settle in Cape Girardeau, Mo.

Tune into the full podcast to hear about Bollinger’s impact on Missouri’s history.

Bollinger County is located in the southeastern part of the state of Missouri. The population was 12,363 according to the 2010 census. The county is home to the “Missouri Dinosaur,” a hadrosaur that was discovered near Glen Allen, and Blue Pond, which is the deepest natural pond in the state.

The county was originally inhabited by the Shawnee Indians and appeared to get along with other settlers. Be sure to tune into the podcast to hear about the artifacts used by the Indians that have been discovered in the county.

The county seat and largest city, Marble Hill has gone through a few name changes over the years. It was first called New California in 1842, then Dallas, where the first courthouse was built, in 1851 and finally Marble Hill in 1868.

During the Civil War, Bollinger County was an area where “brother fought against brother.” Today, visitors can find that both Union and Confederate soldiers are buried in the cemetery. However, for one soldier it was unknown whether he was Union or Confederate and he is buried off of 67 known as the “unknown soldier.” There were many “skirmishes” that occurred within the county, be sure to tune in to the podcast and listen to the different stories and battles of the Civil War in Bollinger County.

The railroad was already started before the Civil War began but shut down while the war was going on. After the war, the railroad resumed and was finished at the tunnel in a hill. Today, the railroad is privately owned.

Diverse agriculture and farming play a key role in the county’s economy from hills to flat land. Before, the county was mainly cattle and ranches in the south. Today the cattle are found to be more in the north and farther down south are row crops and cattle mixed together. The most common crops in the county are soybeans, corn and wheat.

Some notable people from the county are former speaker Rod Jetton; Representative Frank Ellis and many businesses in Cape Girardeau also came from Bollinger County, tune in to the podcast to hear more about the businesses and people.

The Black River Electric Coops serves Bollinger County. Be sure to tune into the podcast and hear about how the coops was established in the county, all manual labor. Electricity coming to the rural area changed the way of living for the residents and farmers of the county.

Many churches, of all denominations, were in the county before the county was fully established. The churches are still very active with the community today.

The Marble Hill Press, now the Banner Press is a weekly newspaper. Back in the day, it was said to be “very spirited.”

With different little settlements and rich history, our guests said there is a lot to see in Bollinger County. They would want to take visitors to the different historical sites, the Mayfield Arts and Science building, the old college, Duck Creek, the farms, Dalton Hill and the road the soldiers traveled on during the Civil War.