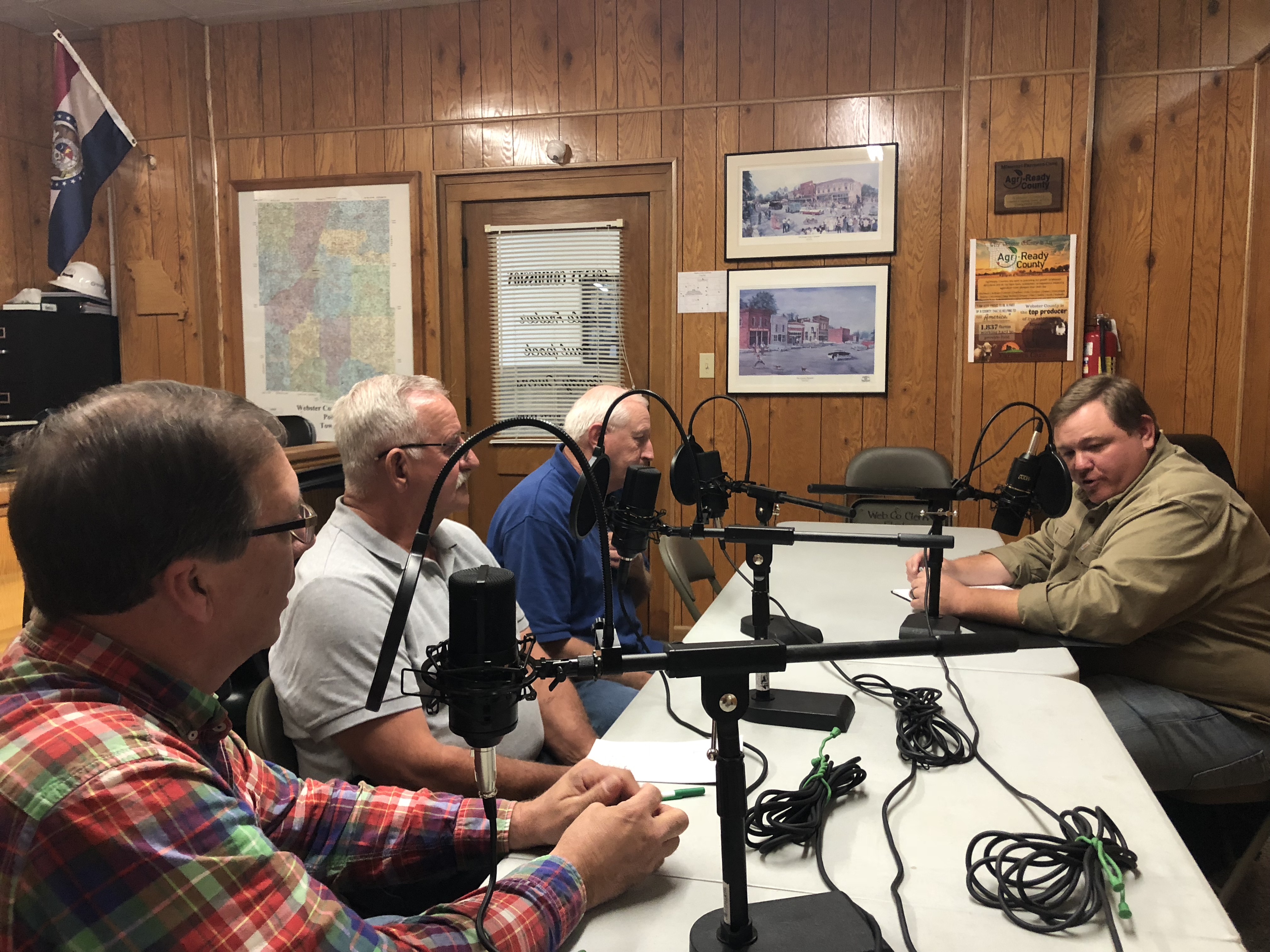 This week we went to the Webster County Courthouse in Marshfield, MO.

Letterman’s folks came from Indiana around the 1830’s. They originally settled near Grand, Pulaski and Dallas counties and has they populated the counties grew bigger, making Letterman’s family located in Webster. His mom’s side of the family came in from Tennessee.

The Frakers settled in Dallas County from Kentucky during the migration period. Around the 1900’s, Fraker’s great-grandfather moved the family to Webster County. His mother was a Roast, and the Roast family started with a man named Jacob Fredrick who came to the county with his wife from Tennessee.

Webster County is located in southwest Missouri down Highway 44, just east of Springfield. According to the 2010 census, the population was 36,202.

The county was founded on Mar. 3, 1855 as the 106th county and is named for U.S. Senator and U.S. Secretary of State Daniel Webster. Its seat resides in Marshfield which is also its largest city. Pioneer Legislator John F. McMahan named the county and county seat for Webster and his Marshfield, MA home.

The county was first settled in the 1830s by pioneers from Kentucky and Tennessee. A Native American trail crossed southern Webster County and many prehistoric mounds are in the area.

On Nov. 10, 1860, the first court ordered the courthouse to be destroyed and built a new one on the square, appropriating $20,000. That courthouse then got replaced to build a new one. The county’s Carthage Marble courthouse was built during 1939 and is the county’s third courthouse.

During the Civil War, the county sympathized with the union soldiers. In Feb. 9, 1862, a small force of pro-confederate troops were driven out of Marshfield and ten months later a body of Confederates was routed east of town. In Jan. 1863, Gen. Marmaduke destroyed a Union fort in Marshfield and the courthouse was damaged.

Be sure to listen to the full podcast and hear about how the Battle of Wilson’s Creek was formed in Marshfield and how the United Methodist Church split due to Union and Confederate sympathizers.

Planted in 1870, Niangua was a big railroad town. In 1872, the Atlantic and Pacific (Frisco) Railroad was built through Marshfield and by 1883 the Kansas City, Springfield and Memphis (Frisco) crossed Webster County. Seymour, Rogersville, Fordland and Niangua grew up along the railroad routes.

The railroad boom stimulated the county’s growth as a diary, poultry and livestock producer. Webster County started out as dairies and creameries with five creameries all in Marshfield at one time. There were also a lot of springs so farmers could cool the milk down and then bring the cans into town to process them. There were a lot of cattle in horses in the county as well. Today agriculture in the county is very diversified with all the prairie lands for cattle and dairy, but not so much with row crops.

Be sure to listen to the full podcast to hear about the Seymour apple orchard and the festival that the town hosts every year.

Astronomer Edwin P. Hubble is a notable resident of Webster County, born in Marshfield and attending the public school district until third grade. A replica of the Hubble Telescope sits in the courthouse yard. Listen to the full podcast to hear more about his life in Marshfield.

The county has one public library, the Seymour Public Library.

Politically speaking, Webster County is predominantly controlled by the Republican Party. Every position at the local level is held by a Republican member.

Tune in to hear about how the women wanted to see a change in the county during the 1930’s.

Webster County is served by Webster Electric as well as Laclede Electric and Se-Ma-No Electric.

Our guests said that if you are ever traveling to Webster County, you should wait until the time of year when the leaves start to change. They would want you to take a ride from one side of the county to the other side and see the farmland and hills. Be sure to experience the hospitality of the Webster County residents and attend the Seymour Apple Festival that happens every second weekend of September and the oldest Independence Day parade west of the Mississippi.

Before leaving Webster County, we grabbed a bite to eat at Smokey J’s right across the street from the courthouse.