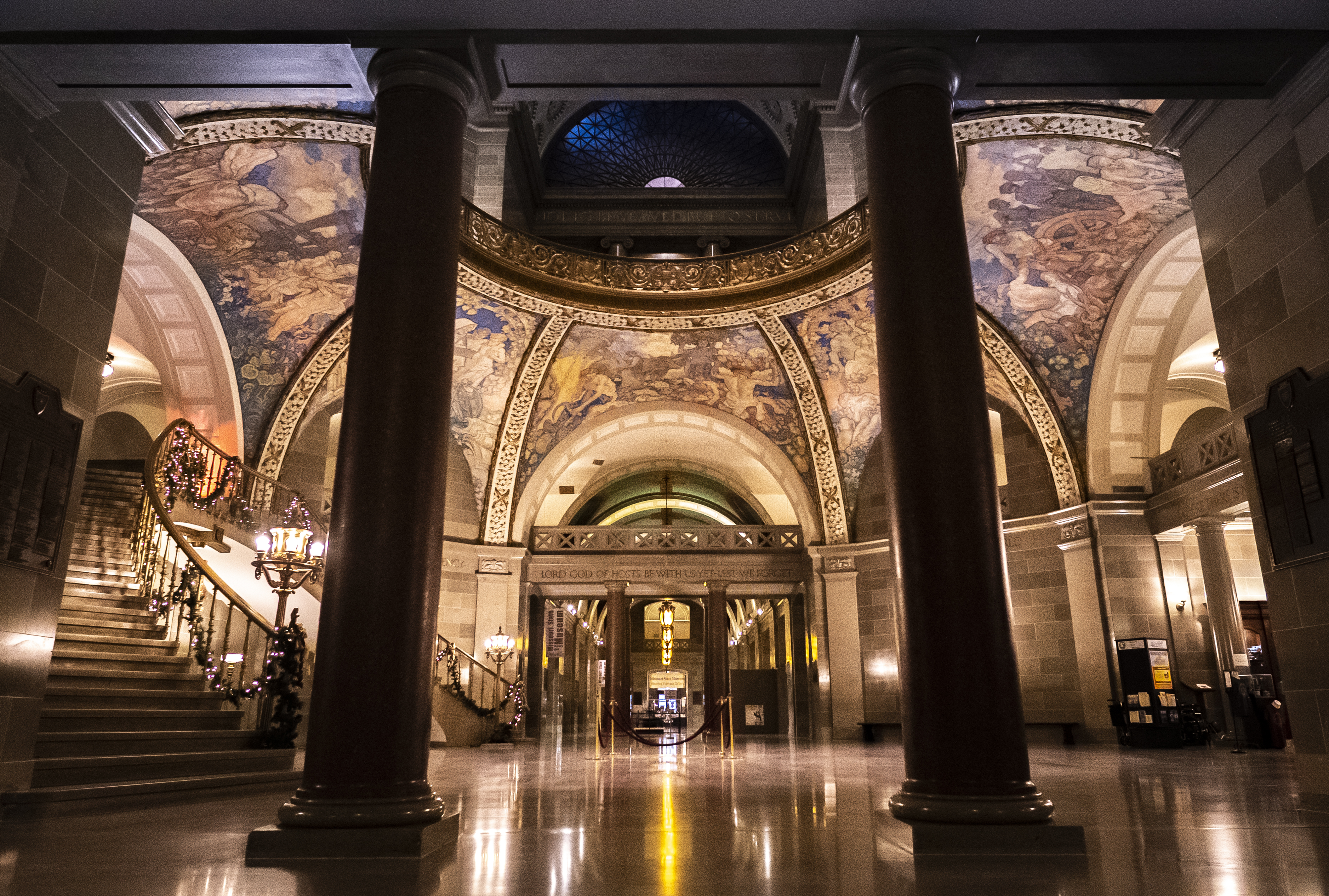 This week on Show Me Missourah, the crew is at the Show-Me State’s Capitol in the House Lounge where our host, Scott Faughn, is joined by Lt. Gov. Mike Kehoe, Bob Priddy and Dana Miller, to talk about the history of the capitol.

Kehoe was born in raised in St. Louis. He worked for the Sinclairs’ family-owned car dealership in South St. Louis County, who also owned a manufacturing company in Osage County. He went down to the manufacturing company on a “one-week basis” to figure out what was going on since the Sinclairs were unhappy and on February 23, 1987, Kehoe was asked to take over and run the manufacturing plant. It was Central Missouri and Osage County that led Kehoe to Cole County. He soon married his wife, Claudia, a Cubs fan, and moved to Cole County permanently in 1989.

Priddy grew up in Illinois and came to Missouri to attend the journalism school. He ended up in Jefferson City from Columbia in 1967. He got married, he and his wife settled in Jefferson City and he hasn’t been able to get away since. Priddy said that with the opportunities and different things that he has been a part of, because of living in Jefferson City, he can’t think of anything better to have done with is life as a reporter and historian.

Miller said her ancestors came over from Germany up New Orleans to Osage County, around Babbtown. She said her family has strong Osage County roots that have migrated into Cole County. Miller and her three sisters are all very strong-willed and working on a lot of different projects within Central Missouri.

Be sure to tune into the full podcast and listen to the guests talk about “no-man’s landing,” the City of Jefferson, steamboats, how the state capitol location was settled, the first capitol and session, the artwork and Decorations Commission, the current construction, offices and more.

Our guests said if you are ever in the Capitol they would want you to see the rotunda, the Benton Mural and the State Senate Chamber at the back wall.

“People who are the constant state of Missouri determine how great our state is going to be.” – Bob Priddy